Every year, President Barack Obama shares his summer playlist to remind us that we may never again have a president with music taste as good as his. Yesterday, he posted his official Summer 2020 playlist, which features artists like Rihanna, Nas, Mac Miller, Princess Nokia, Drake, Andy Shauf, and Frank Ocean alongside Beyoncé and Megan Thee Stallion’s Savage (Remix).

The playlist didn’t just feature artistes in the US and Europe but also artistes from Nigeria. Unlike last year where only Rema’s Iron man was featured, three of Nigeria’s finest made the list this year. 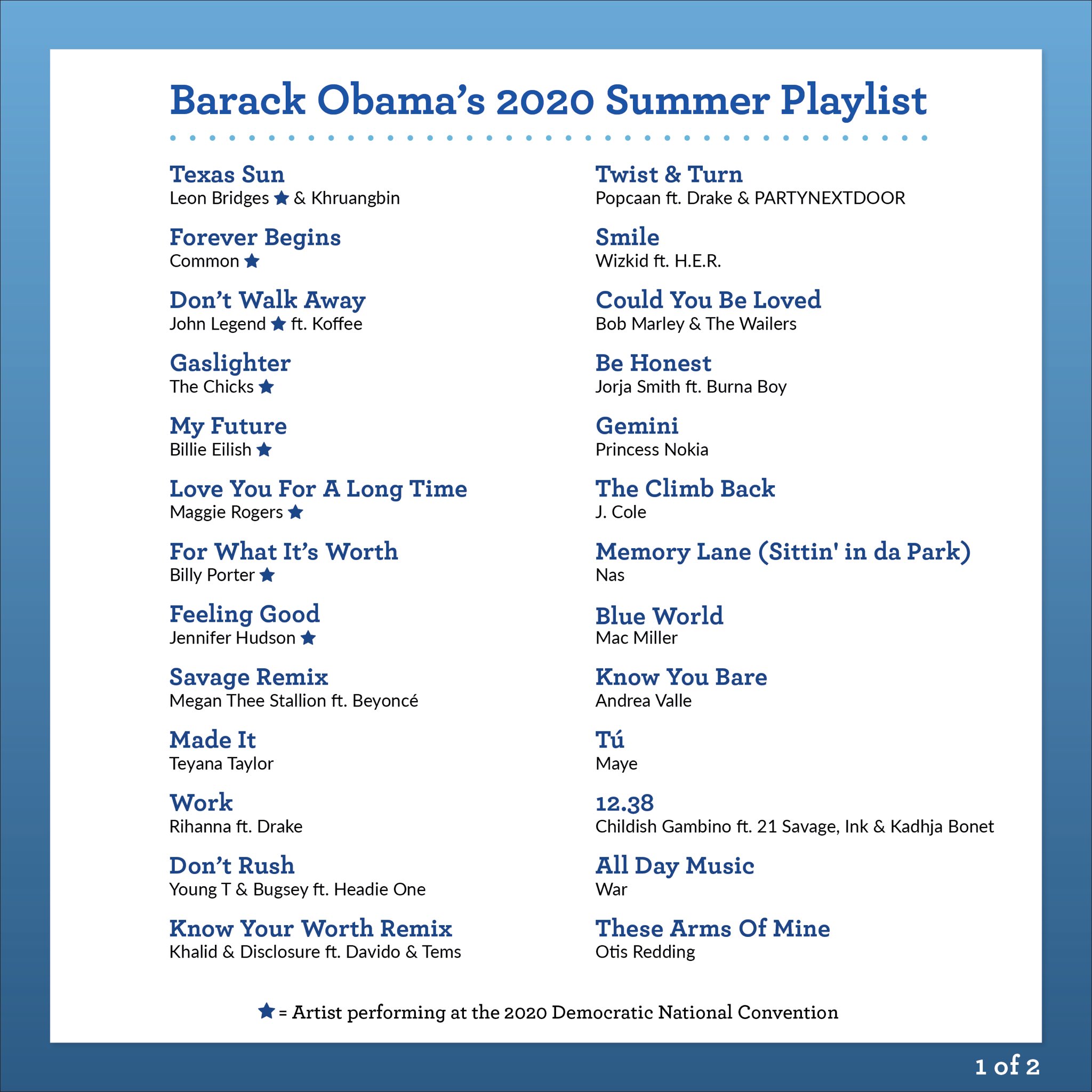 Wizkid’s first official single of the year, SMILE featuring H.E.R, a reggae infused Afro tune made Obama’s playlist. Davido and Tems who featured in Khalid’s know your worth and Burna Boy who featured in Jorja Smith’s Be Honest also had appearances on the 43rd president’s…