The year is almost over and as per usual, former US President Barack Obama has shared his ultimate playlist for 2020. Once again, he reminds us that we may never again have a president with music taste as good as his. Barack Obama took to his Instagram to post his favorite music of 2020 and the playlist features artists like H.E.R, Wizkid ft. Tems, Lil Baby, and J. Cole alongside Beyoncé and Megan Thee Stallion’s Savage (Remix). Sasha Obama dance. 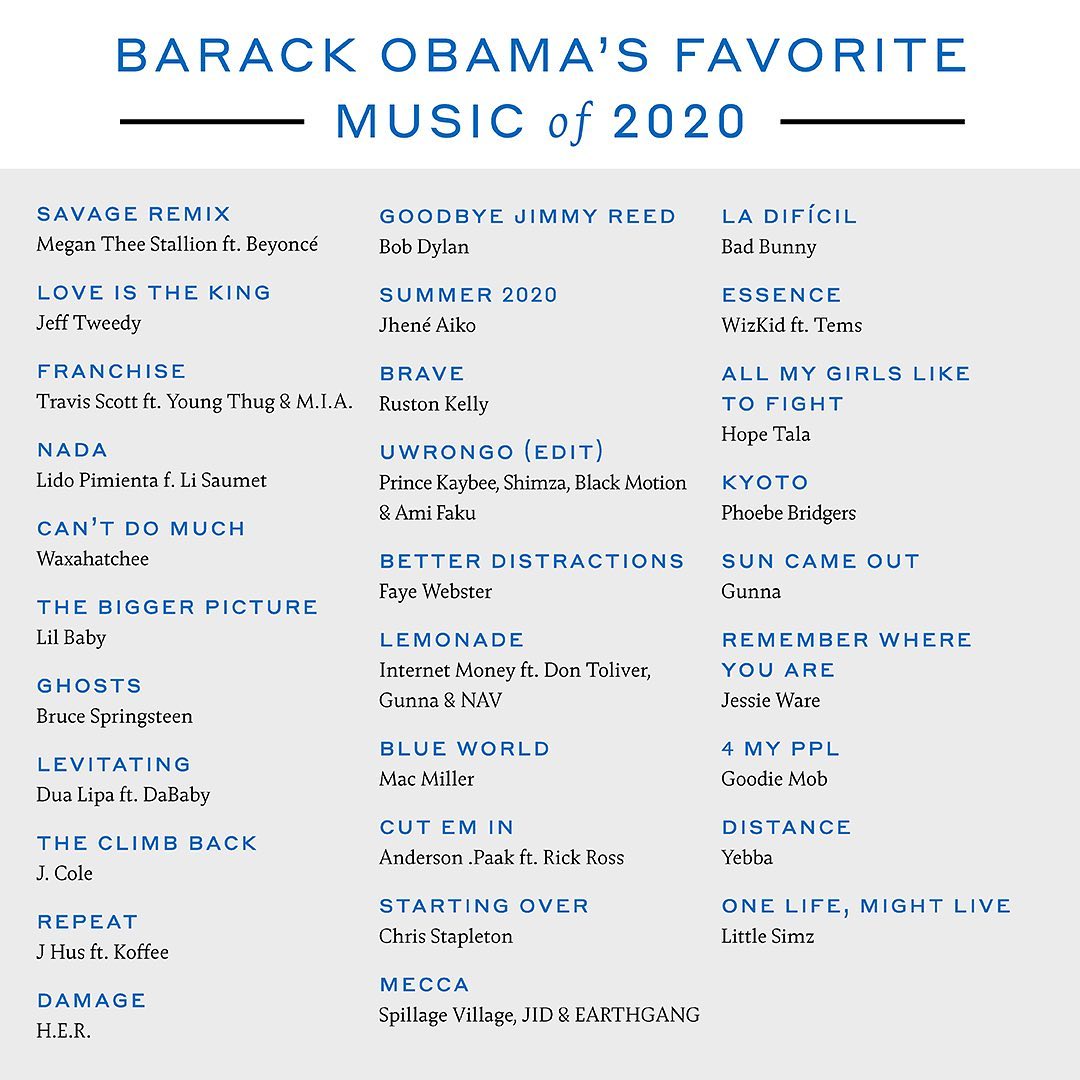 20 Best Women’s Empowerment Quotes To Inspire You This Month